When I wanted a date to my senior prom, I ended up putting a personal ad in our high school newspaper.

I was too afraid of rejection to ask anybody to the dance.

I was destined for failure in business and professional networking!

Most people who know me today wouldn't realize it, but I grew up extremely shy and introverted...

It's still hard for me to actively meet new people. If I don't go into an introduction fully prepared, I totally faceplant. And often end up making zero impression, if not a bad one.

Networking events used to be about the same. I'd try to make a good impression. But mostly that meant I tried not to embarrass myself. I wouldn't even be myself. Instead, I'd just be a silent nobody.

The end result: I wasn't memorable...

I didn't make connections, I didn't form relationships, I didn't get business from being there, and I wasn't getting paid!

In fact, at my first major professional networking event for my own consulting business, I got a deal from exactly one company... The company I already knew before I got there! In other words, I got zero new business out of it.

Today, I can go into a networking event full of potential clients, and have the pick of the room. I will literally line up leads who are ready, willing, and able to have conversations with me... Conversations that lead to checks in the tens-of-thousands of dollars.

Because I discovered a simple secret. A secret that more than doubled the leads and new projects I was getting from each event. Without improving my skills or the value of my service by one little bit.

Plus, it boosted my confidence, which has only increased my deal flow and fees even more since!

My secret tool for successful business and professional networking...

Here's the thing. At one point, I just gave up. Well, not quite gave up completely. I wouldn't be writing this today if I'd given up completely. Rather...

I gave up on the old way of doing things... The way everybody else does networking... And decided to try something new!

I had discovered a really easy-to-use online tool (of which there are multiple options, some free, others really cheap, all worth it). And I had an idea about how to use that tool, in the context of an upcoming networking event.

I created a process around using this simple tool. And I tested it. (It's NOT built into the tool, it's a unique process I layered on top.)

The result? In a room where I'd normally get 3-5 decent contacts and maybe 2 clients... I got 9 high-quality contacts, and...

Within a week I had 7 booked calls to discuss 5-figure business deals!

That's when I recorded Roy Furr's Networking Secret. When this was fresh in my mind. When I had just made all those critical contacts, and created all that opportunity.

It panned out to having my entire year's worth of business booked, from clients willing to pay me more than ever before.

And, it changed the way I do networking, forever. Today, I have no hesitation about walking up to the best clients. I have complete confidence for what I'm going to say, and how that conversation will go.

AND, importantly, I know exactly how to turn even quick networking "nice to meet you" chats into follow-up phone calls and big business deals.

Oh, and I never give out business cards, either. (Neither do any really high-level people.) 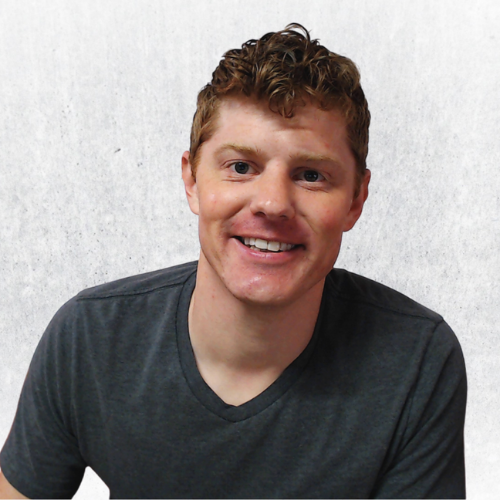 I enjoy face to face networking events more than trying to get leads from LinkedIn and cold emailing. Roy's secret technique is one of those annoyingly simple ideas that makes you think 'Jeeze, why didn't I think of this!' It's one of those things you can't unknow and is a total game changer for hooking more clients at networking events. Thanks Roy.

This course gives you a simple way (so simple you'll kick yourself for not doing it previously) to position yourself as an in-demand professional copywriter.

We all know that you don't want to try and "get money" at an event. So the secret is follow up. This course gives you a simple way to book more meetings with potential clients.

This short little course packs a strong punch and makes a big impact. Roy teaches his networking process step-by-step. You'll want to take this one before stepping into your next convention.

This is a good idea for keeping focused on people at meetings and rapidly booking a time to connect for problem-solving and creating new business. I already use one of the tools mentioned and have put together the suggested strategy and can't wait for the next opportunity to give it a try.